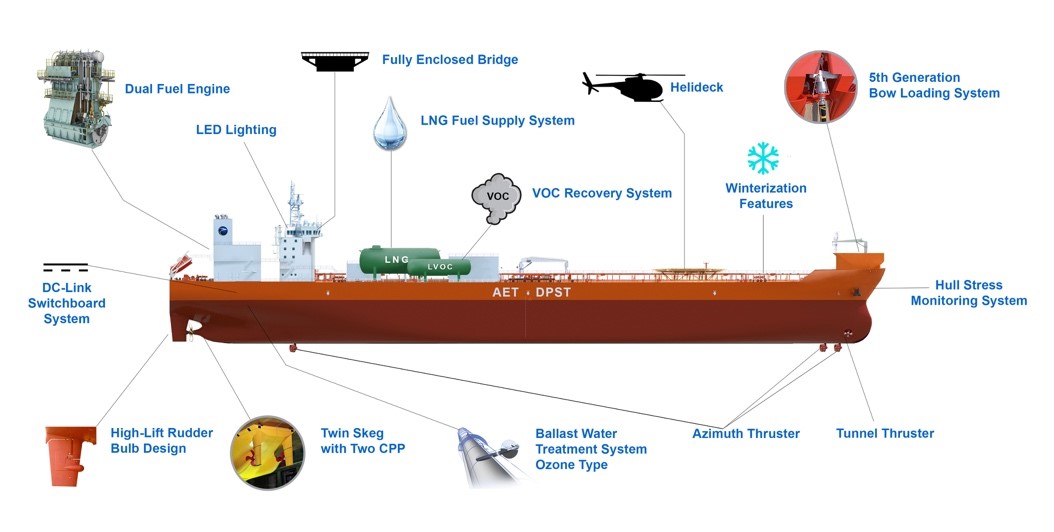 Welcoming a new vessel to the fleet is always a very exciting occasion for us at AET, and we are particularly looking forward to the delivery of our two LNG dual-fuel dynamic positioning (DP) shuttle tankers (DPSTs), which will be the greenest ships of their kind ever built. The two 123,100dwt sister vessels are currently under construction with Samsung Heavy Industries (SHI) in Geoje, South Korea, and are entering the later stages of construction, testing and trials before we will be able to welcome the first vessel in Q4 of this year, with the second to follow shortly afterward, in Q1 2020.

The engineering review, construction and commissioning activities for HN2236 and HN2237 are being managed by a specialist Project Management Team (PMT) from MISC Group’s marine services arm, Eaglestar. The hull structure of each vessel has been constructed in 567 assembly blocks, and both ships were successfully launched from the SHI’s Dry Dock No.2 in April and June 2019 respectively. You can watch a video we have created to explain how these vessels have been designed, here.

As we are now entering the later stages of construction, the Volatile Organic Compound (VOC) Recovery System Module, LNG Fuel Gas Handling System Module, helideck as well as the Bow Loading System will be installed at the quay side. After the completion of onboard tests, the ships will undergo sea trials, gas trials and dynamic positioning trials before delivery.

These next generation vessels are the first of their kind, and several prototypes have been developed for this project, namely dual-fuel main engines with VOC-mixture burning capability and a 5th generation Bow Loading System. The implementation of these novel technologies at the same time has been a particular challenge within a tight construction schedule, so SHI and Eaglestar’s Project Management Team have been working in close coordination.

Other notable cutting-edge technologies applied to these vessels are a DC-Grid switchboard, LNG fuel supply system and VOC recovery system. The use of low sulphur fuel oil (LSFO), LNG fuel and VOC’s (gas vapours captured from the stored cargo and converted into fuel onboard) will enable fuel savings of up to 3,000 tonnes per annum. The application of a DC-Grid switchboard system will save a further 1,000 tonnes of fuel by allowing the generators and some shipboard motors to run at variable and optimum speeds. This will also give the crew much greater control and flexibility in their operations, while reducing fuel use. In terms of carbon reductions, this is equivalent to 10,000-15,000 electric powered TESLA car models depending on the operational mode applied.

While we may still be waiting to take delivery of these sister vessels, we are already immensely proud of what they represent for our company, and the shipping industry. The project has so far recorded an excellent safety performance with ZERO Loss Time Injury (LTI) for more than 370 days, 1.4 million safe manhours and still counting.

These impressive newbuilds have also been garnering much industry interest, having been nominated as the 2019 Top 4 Next Generation Ship by Nor-Shipping in recognition of their unmatched energy efficiency and low environmental emissions, and named as the finalist of 2019 Technical Innovation Award at the Seatrade Asia Maritime Awards. This is testament to the significant leap forward these vessels represent in terms of developing sustainable shipping solutions for the future.

When delivered, both ships will serve on long-term charter to Norwegian international energy company Equinor (formerly Statoil) in the Norwegian, North and Barents Seas.

CEO's Message It is with great pleasure that I welcome you to AET Highlights! This e-newsletter serves as a window into our latest business initiatives and Environmental, Social and Governance... 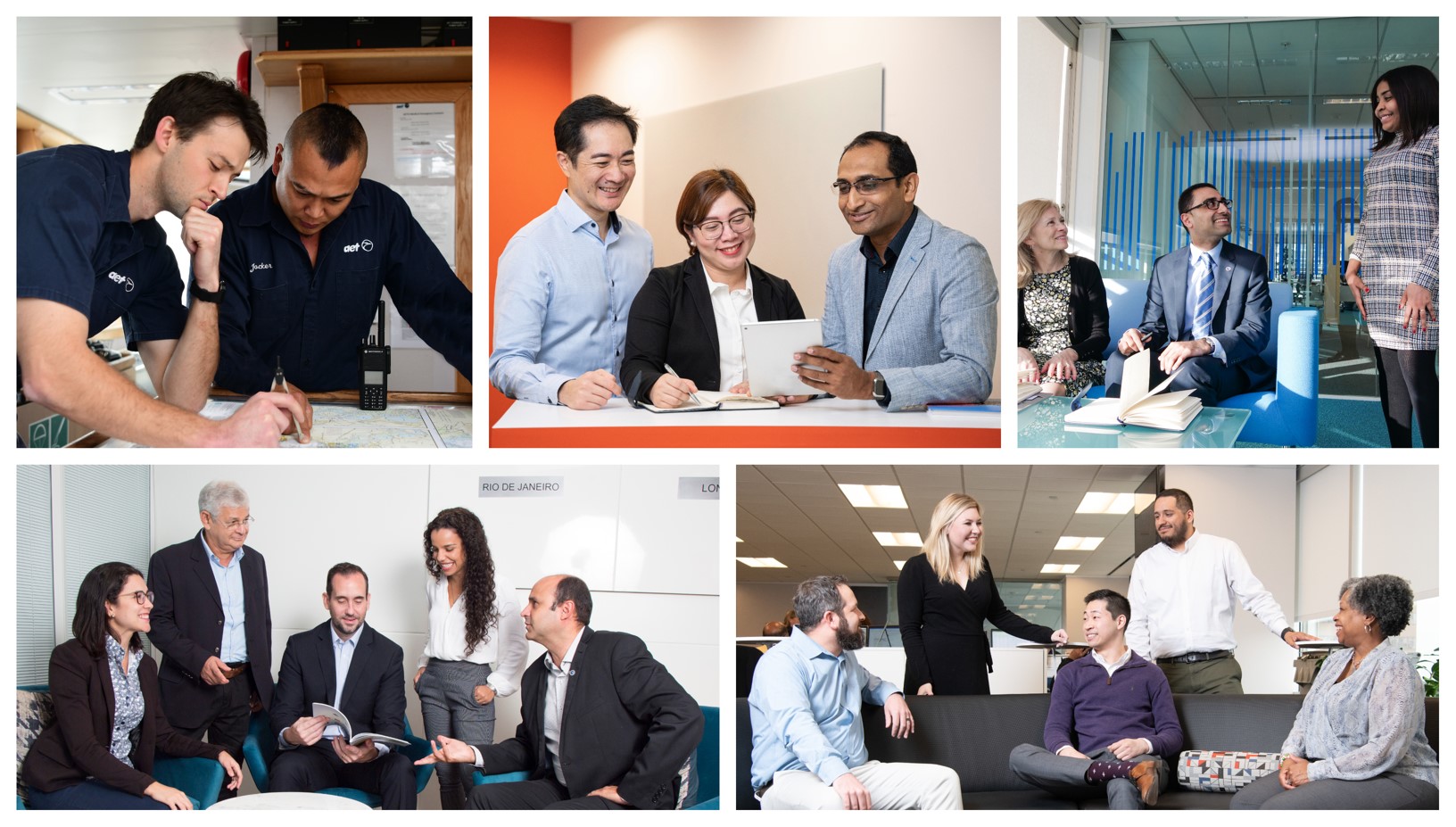 The Value of Diversity

Our people are our greatest asset and as a global business, we champion a diverse and inclusive working environment. With more than 200 shore staff across seven locations, our workforce... 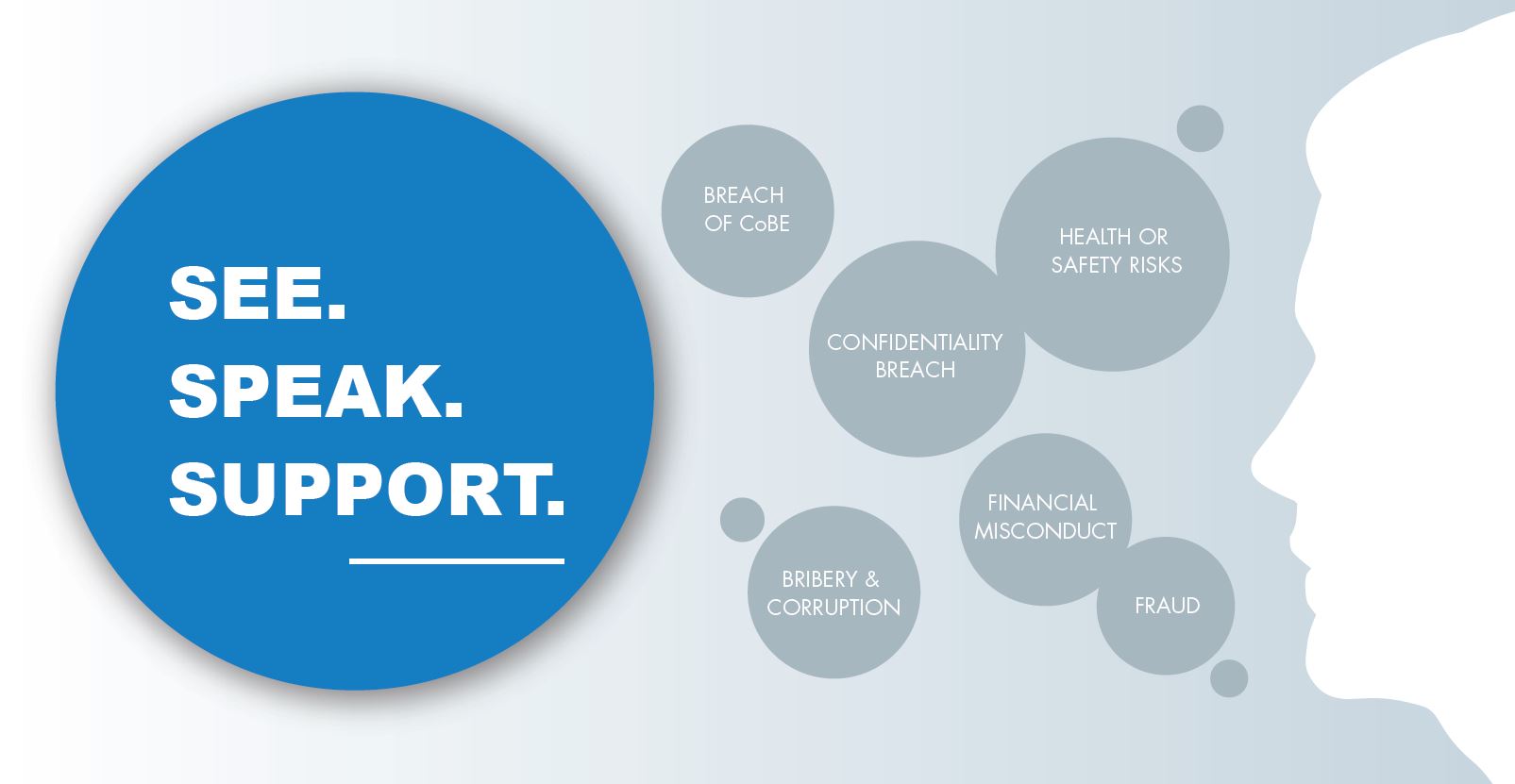 At a time of global crisis such as this, we will all face new risks, new challenges and unprecedented change in the months ahead, but we must also stay true...