AET is a global leader in energy logistics solutions. We deliver safe, high quality and comprehensive ocean transportation and specialist petroleum services to oil and gas companies, refineries and petroleum and chemical traders. We consistently strive to deliver the best conventional shipping services alongside the specialist activities of lightering, dynamic positioning and hydro-carbon capture.

We have offices and presence in Singapore, Malaysia, United States of America, United Kingdom, Brazil, Norway and Uruguay.

We are the petroleum arm of MISC and proud to play our role by providing maritime transportation solutions to meet the energy needs of the world. Eaglestar, our technical and shipmanagement arm provides a comprehensive range of integrated marine services.

AET AT A GLANCE 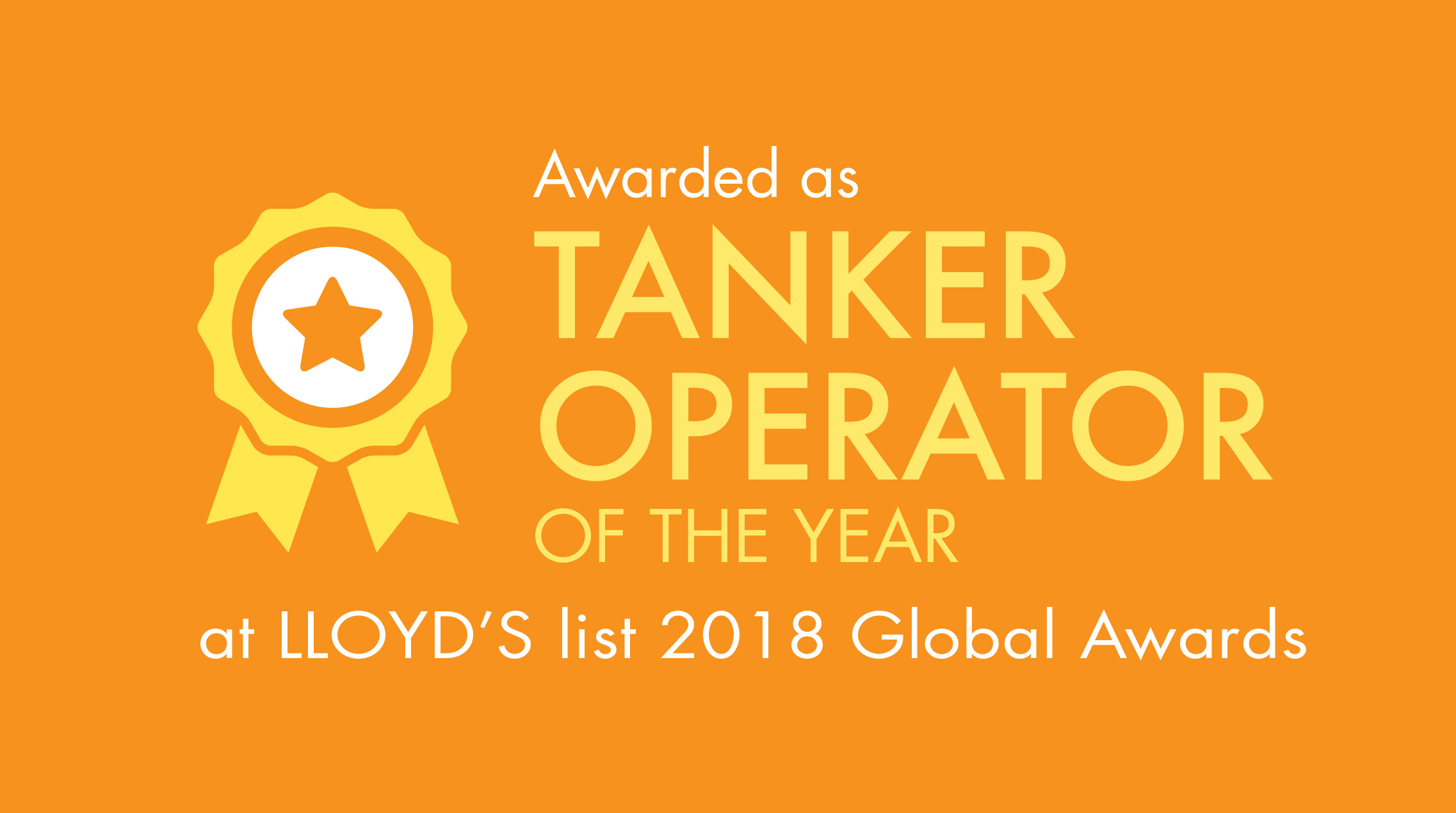 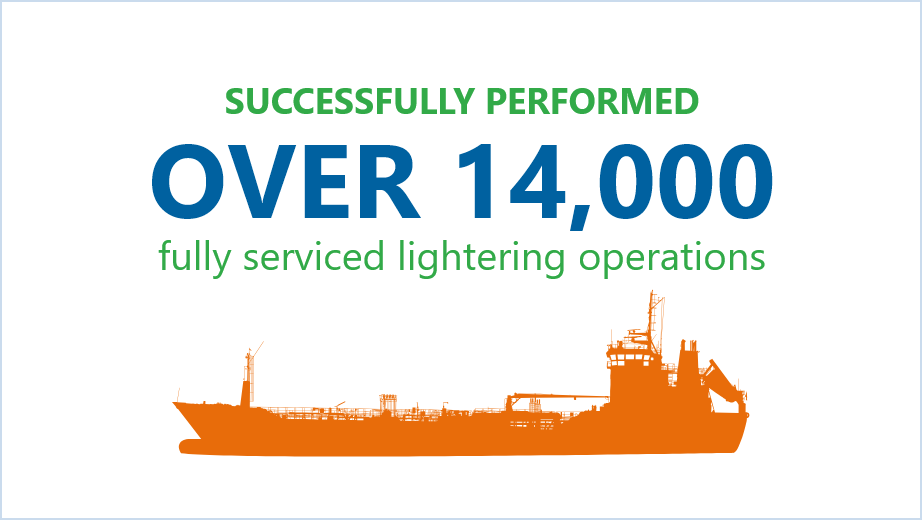 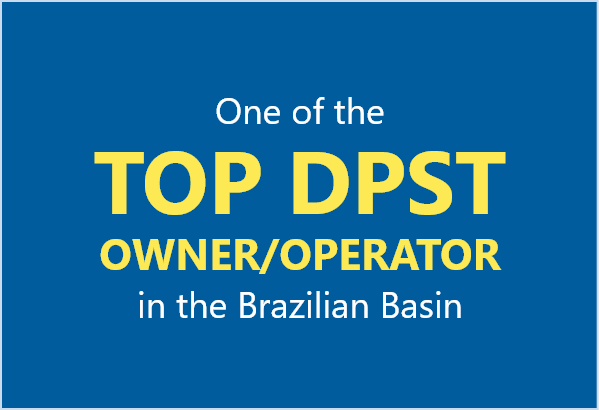 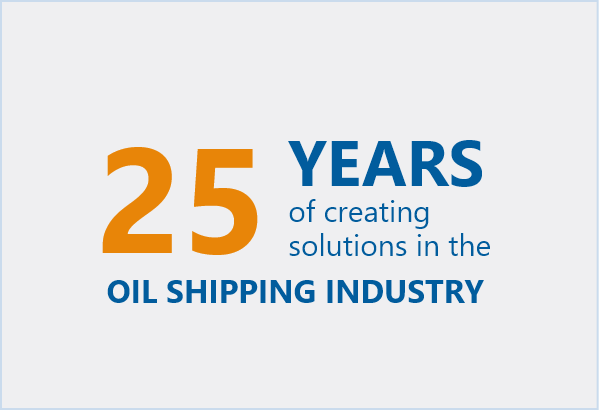 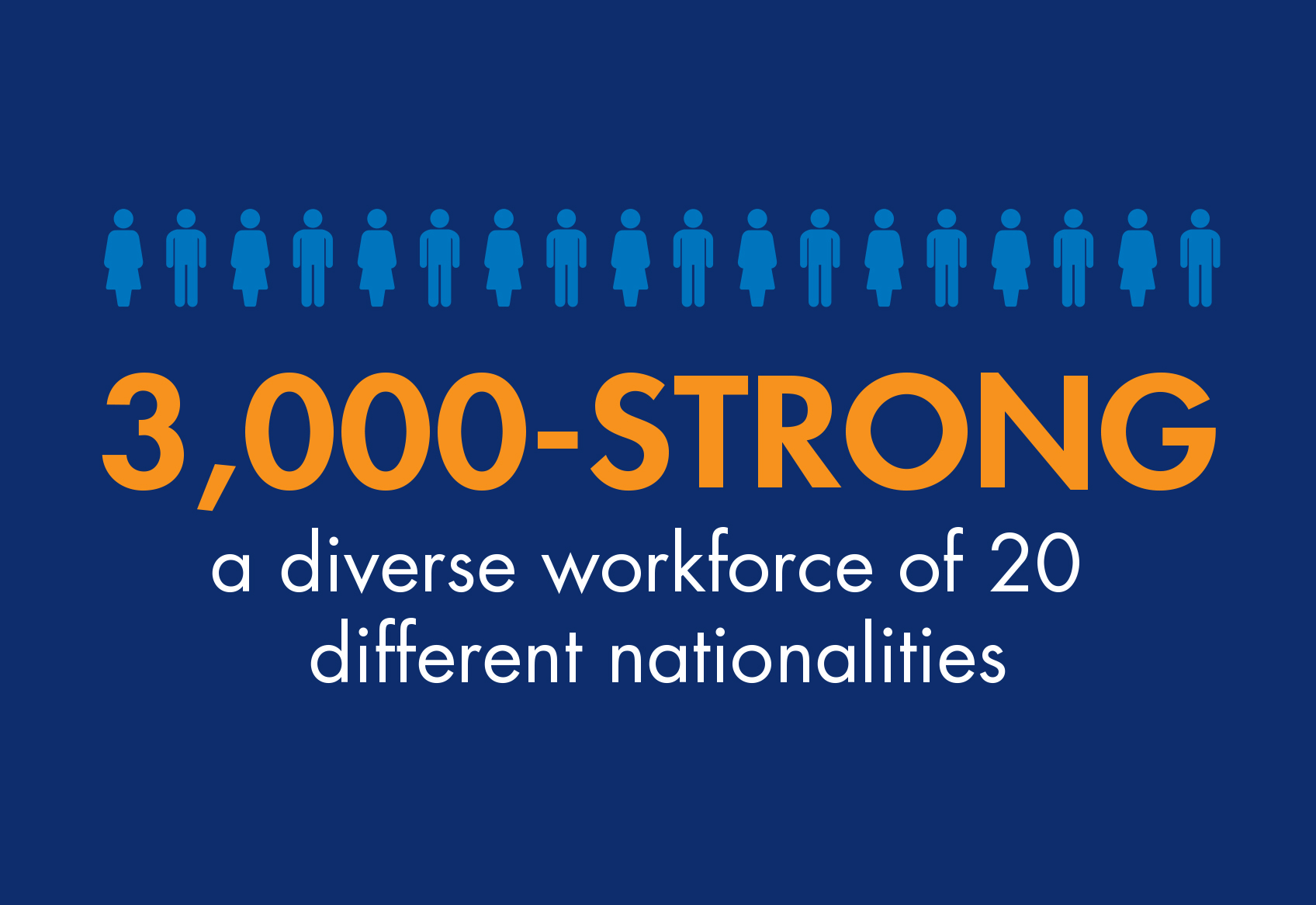 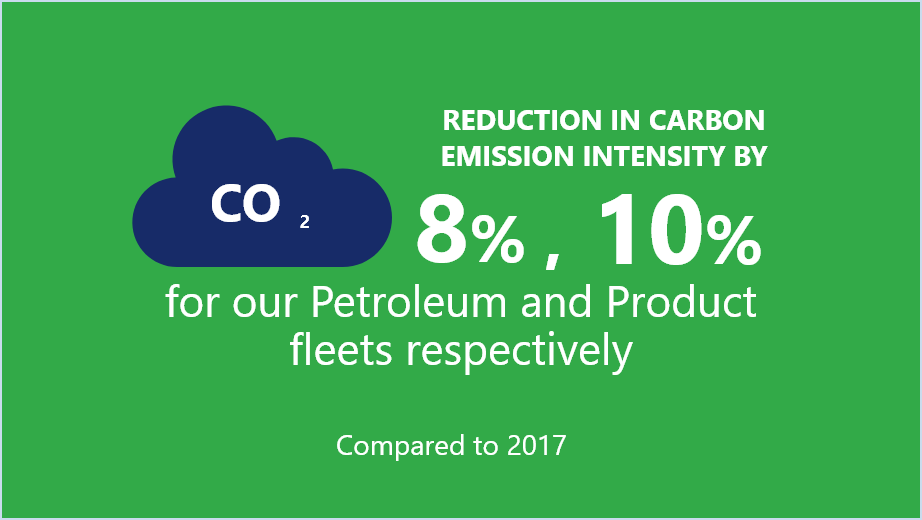 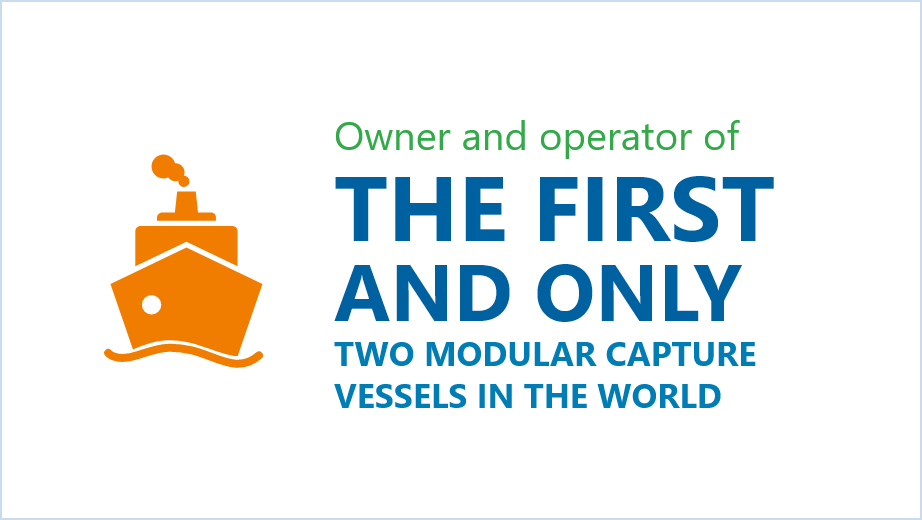 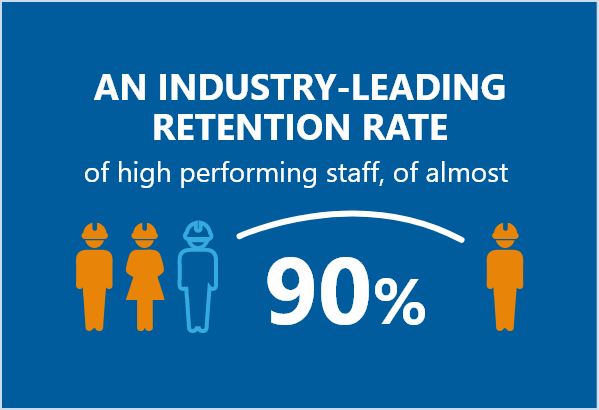 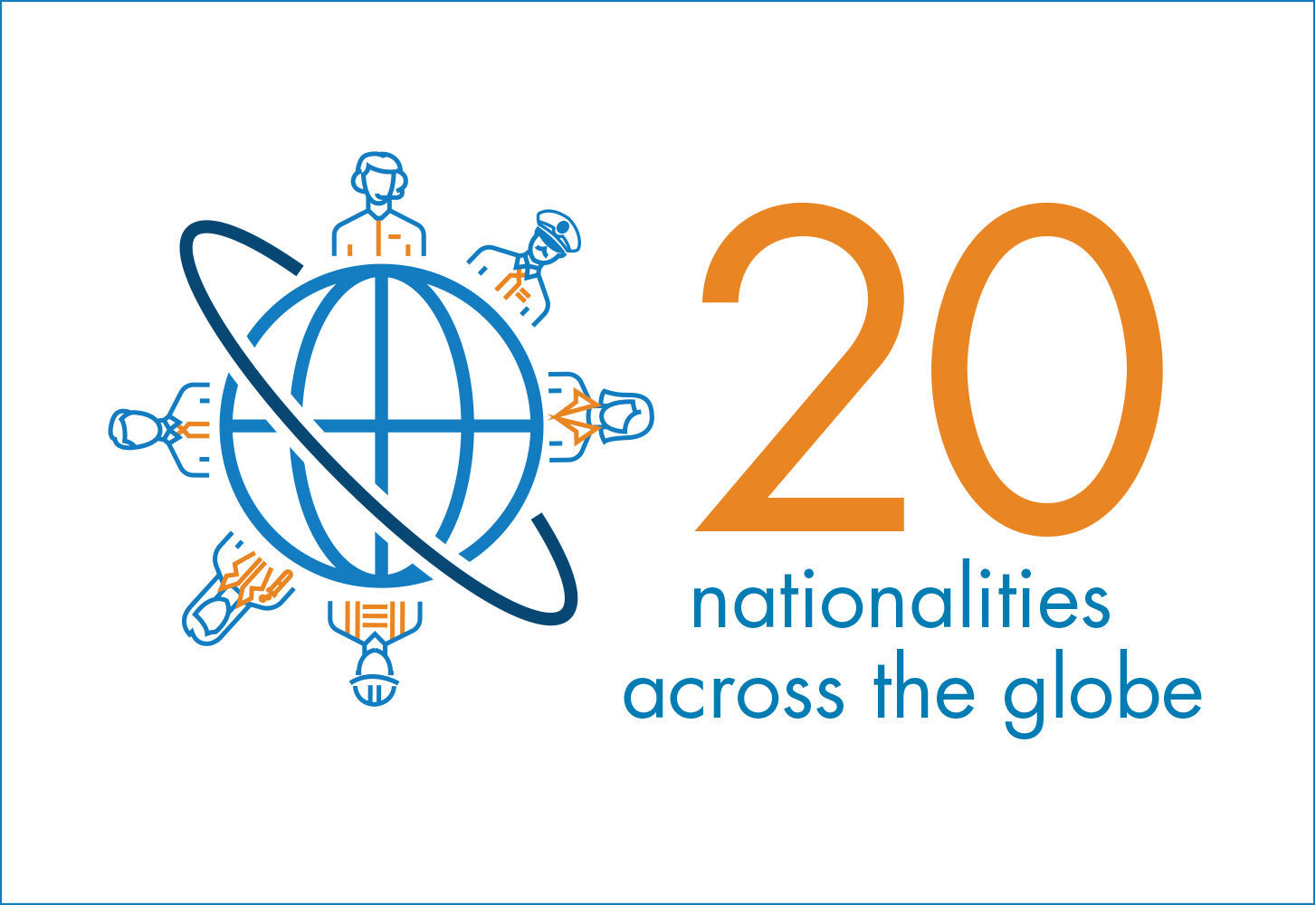 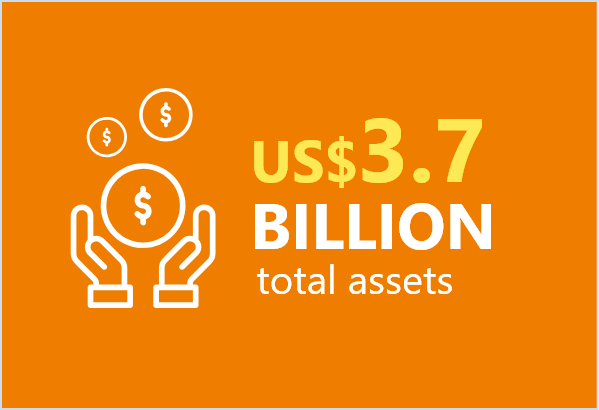 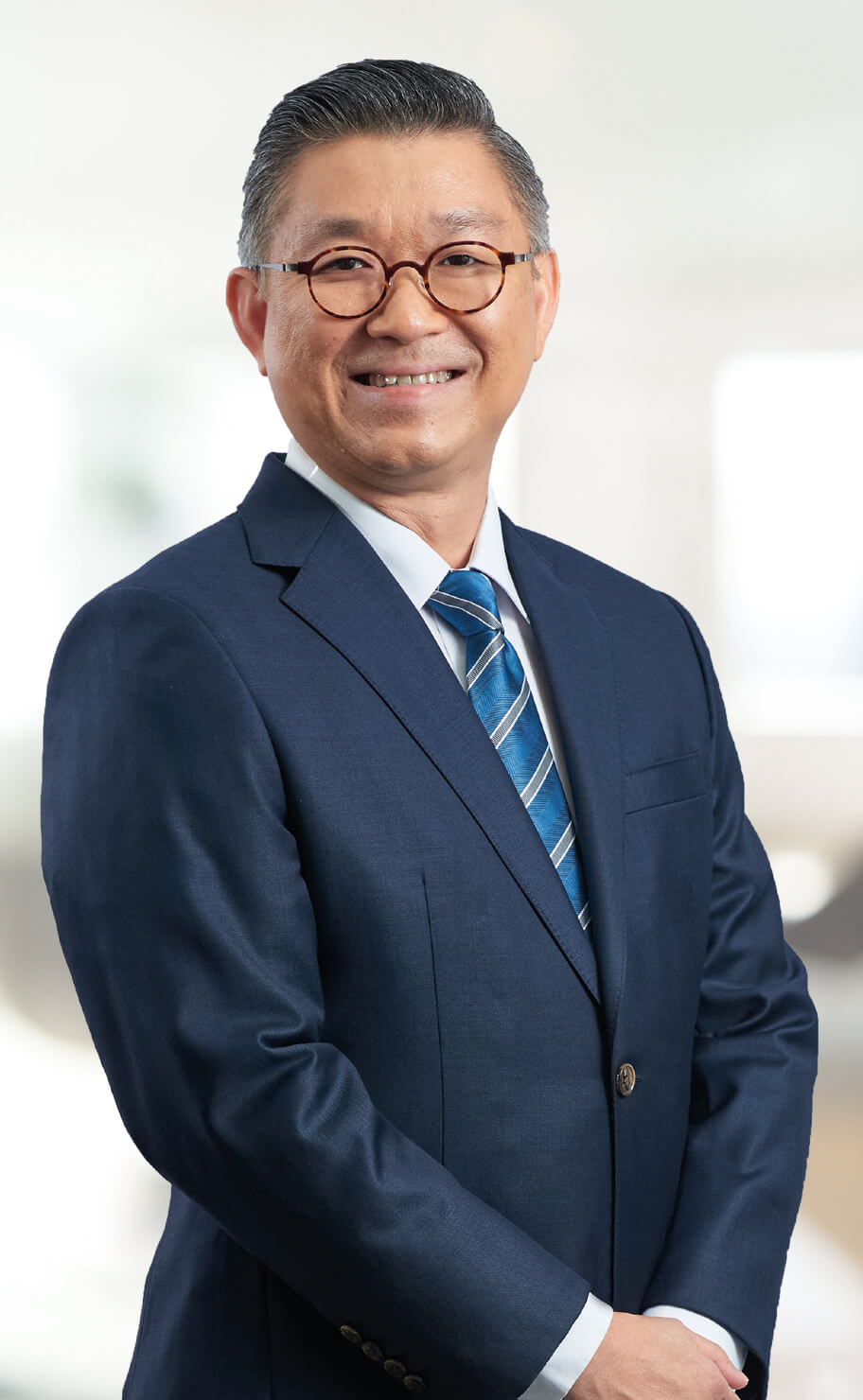 Yee Yang Chien worked in equity research and investment banking with various local and international financial institutions for 10 years before joining MISC Bhd. in 2001. He led the acquisition of American Eagle Tankers (now known as AET Tankers) and served as AET Group Vice President of Corporate Planning from 2005 until 2008 after his role as Senior Manager, Research and Evaluation, Corporate Planning and Development Unit of MISC Bhd.

Yee Yang Chien assumed his role as President/Group CEO of MISC Bhd on 1 January 2015. Prior to this appointment, he was Chief Operating Officer at MISC Berhad, alongside his portfolio as Vice President of Corporate Planning and Development. He is the Chairman of AET’s Main Board as well as Deputy Chairman of Malaysian Maritime Academy Sdn. Bhd. He is also a Director of MISC Berhad, Malaysia Marine and Heavy Engineering Holdings Berhad (MHB) and FPSO Ventures Sdn. Bhd.

Yee Yang Chien has been recognised consecutively as one of the top 50 most influential global maritime industry leaders since 2015 in the Lloyd’s List Top 100 People in Shipping and most recently was named as one of the top 10 prominent leaders in the oil and gas shipping in Lloyd’s Power List 2018.

He sits on the Advisory Council of the Global Maritime Forum (GMF), an international not-for-profit foundation dedicated to promoting the potential of the global maritime industry and is a Director of the Members’ Committee of The United Kingdom Mutual Steam Ship Assurance Association (Bermuda) Limited (UK P & I Club).

Yee Yang Chien holds a double-degree in Financial Accounting/Management and Economics from the University of Sheffield, United Kingdom. 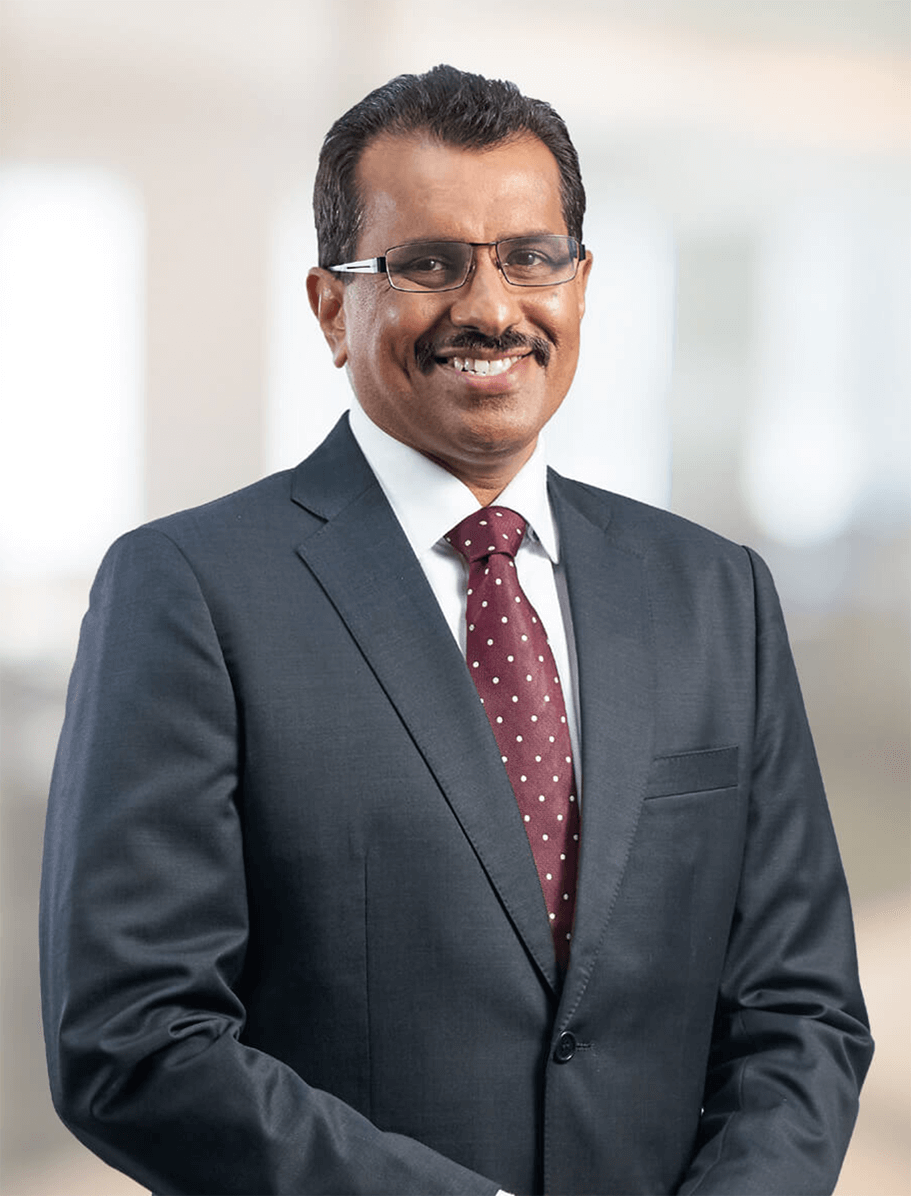 He was awarded the National Seafarers Icon 2017 by the Malaysia Marine Department and 2018 Tanker Shipping & Trade Industry Leader Recognition. 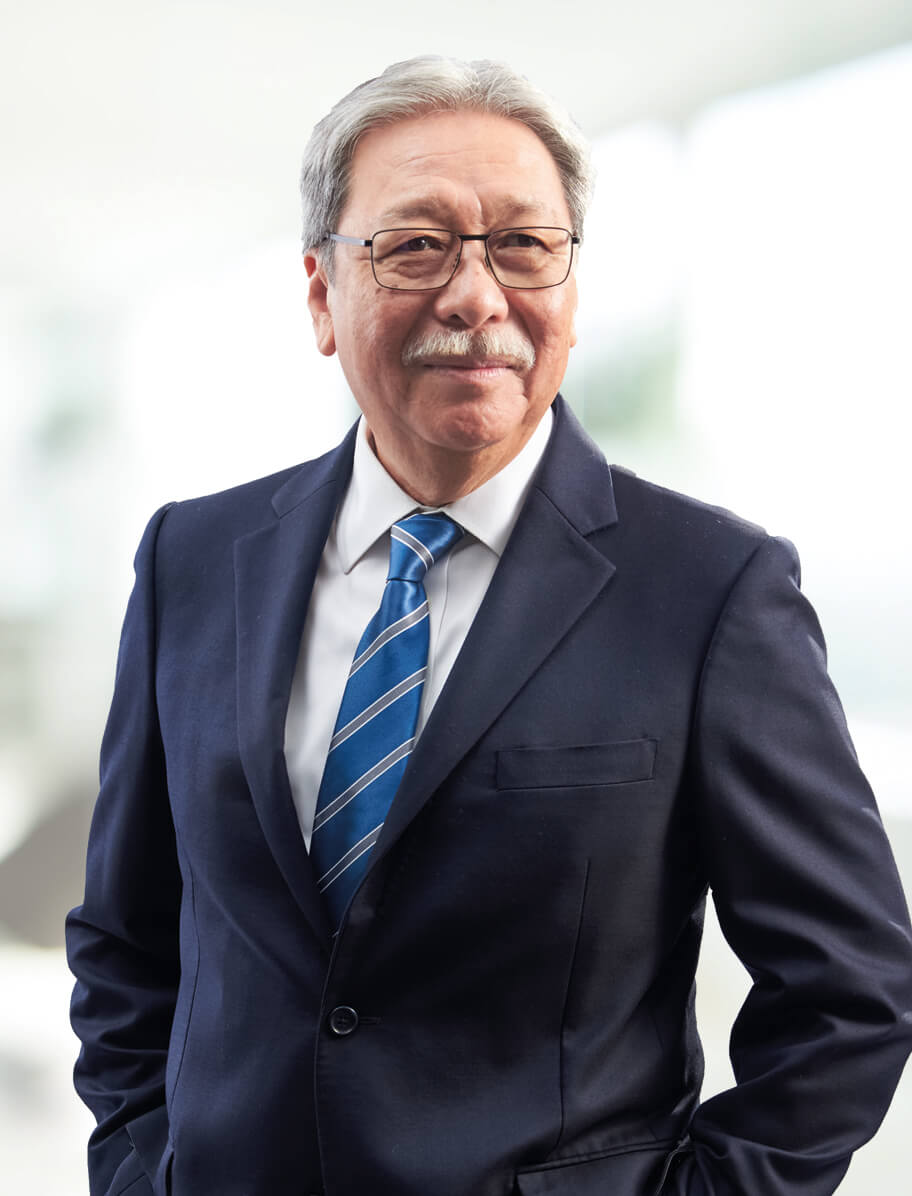 Datuk Nasarudin graduated from the University of Malaya with a Bachelor of Arts (Honours) and holds a Masters in Business Administration from Henley, The Management College (Brunel University). He has a postgraduate diploma in Petroleum Economics from the College of Petroleum Studies, UK and has attended the Stanford Executive Programme at Stanford University, USA. 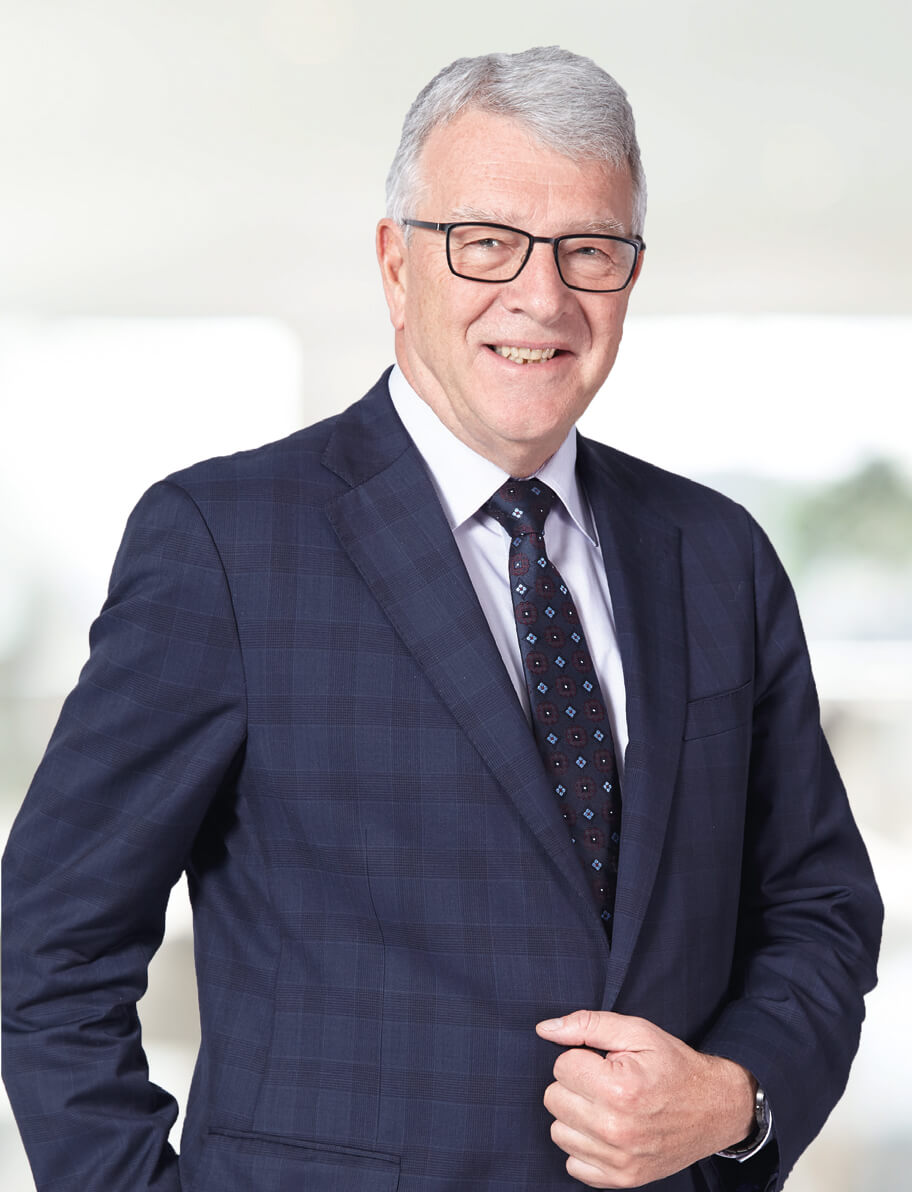 Ronald Blakely was appointed as an Independent Non-Executive Director to the AET Board in November 2016.

Ronald is an experienced executive with 38 years of service in Shell companies, including 15 years in various senior Finance roles. He has served on a variety of Boards as a non-executive in the oil and gas and industry services sector.

Ronald is a professional accountant with a CPA designation from the Canadian Society of Management Accountants. 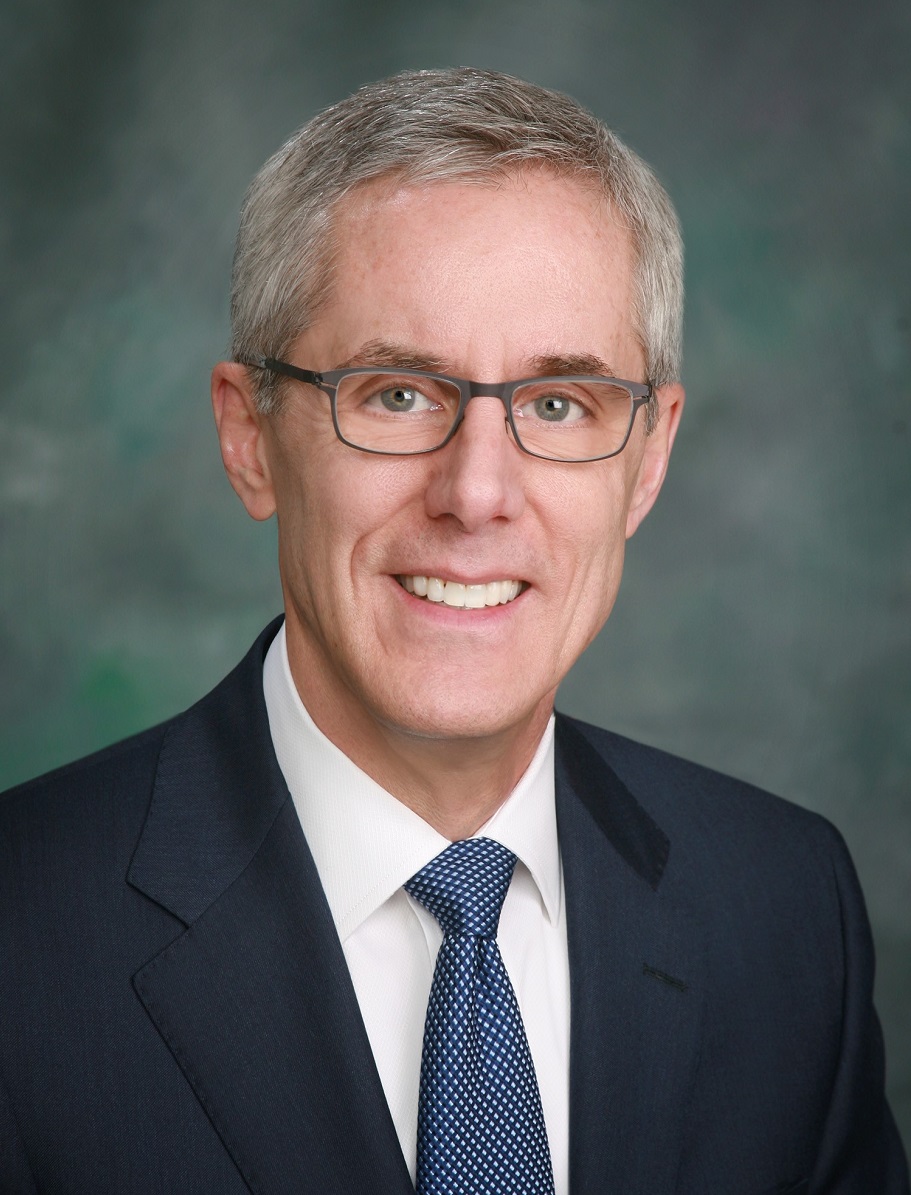 Vice Admiral Peter Neffenger was appointed as an Independent Non-Executive Director to the AET Board in November 2019.

He has a distinguished 34-year career in the US Coast Guard and served as the Administrator of the U.S. Transportation Security Administration from 2015-2017. He sits on several advisory boards in both public and private sectors within the US. 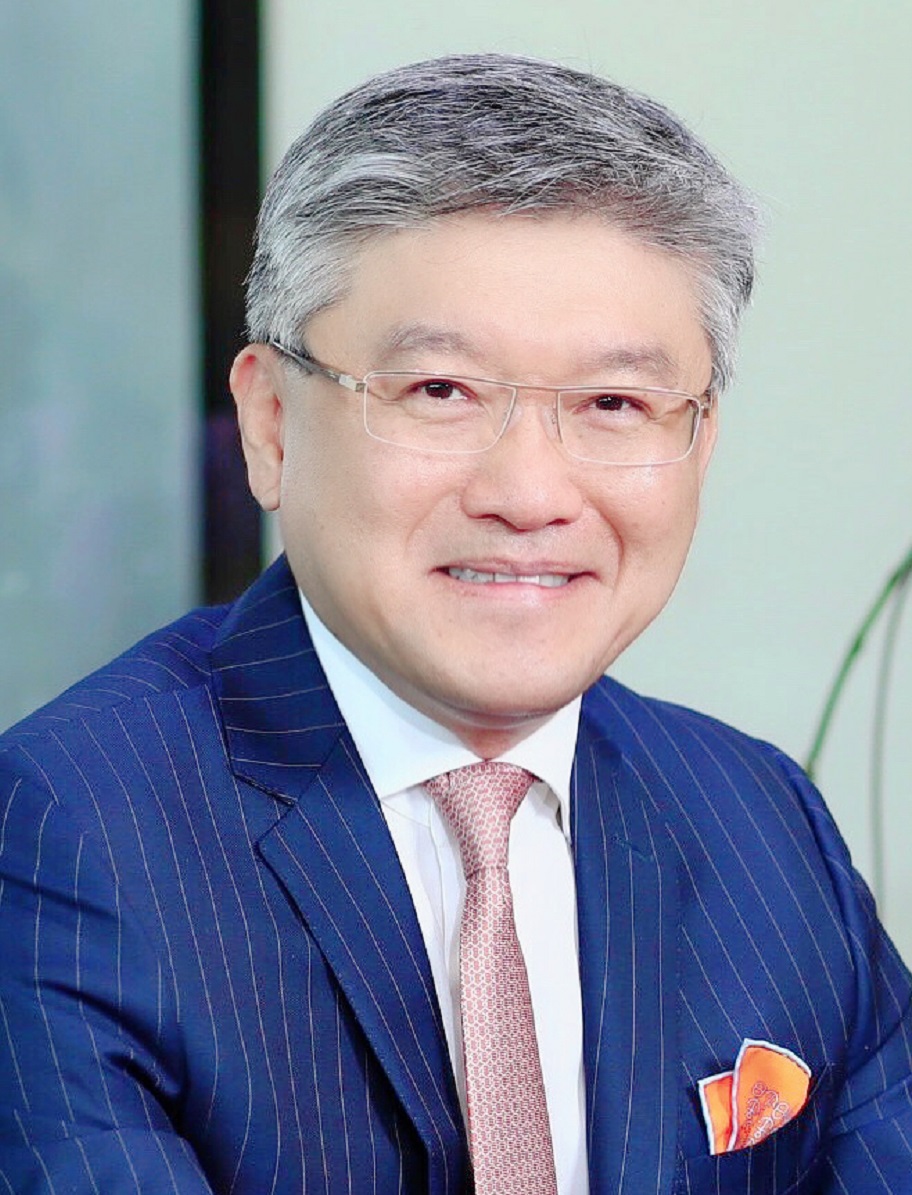 Colin Low was appointed as an Independent Non-Executive Director to the AET Board in November 2019.

He has previous directorship experience across US, Europe and Asia, and worked in private equity, investment portfolios and government institutions across infrastructure, technology, and finance sectors within diverse industries such as Oil & Gas.

Colin was previously the Investment Board Director of GE Pacific, the President of GE International, and the Regional Executive of Growth Initiatives in the ASEAN region.He has also served as US National Board Director of the Cancer Treatment Centers of America. Colin currently chairs SGX mainboard - listed Intraco Limited. 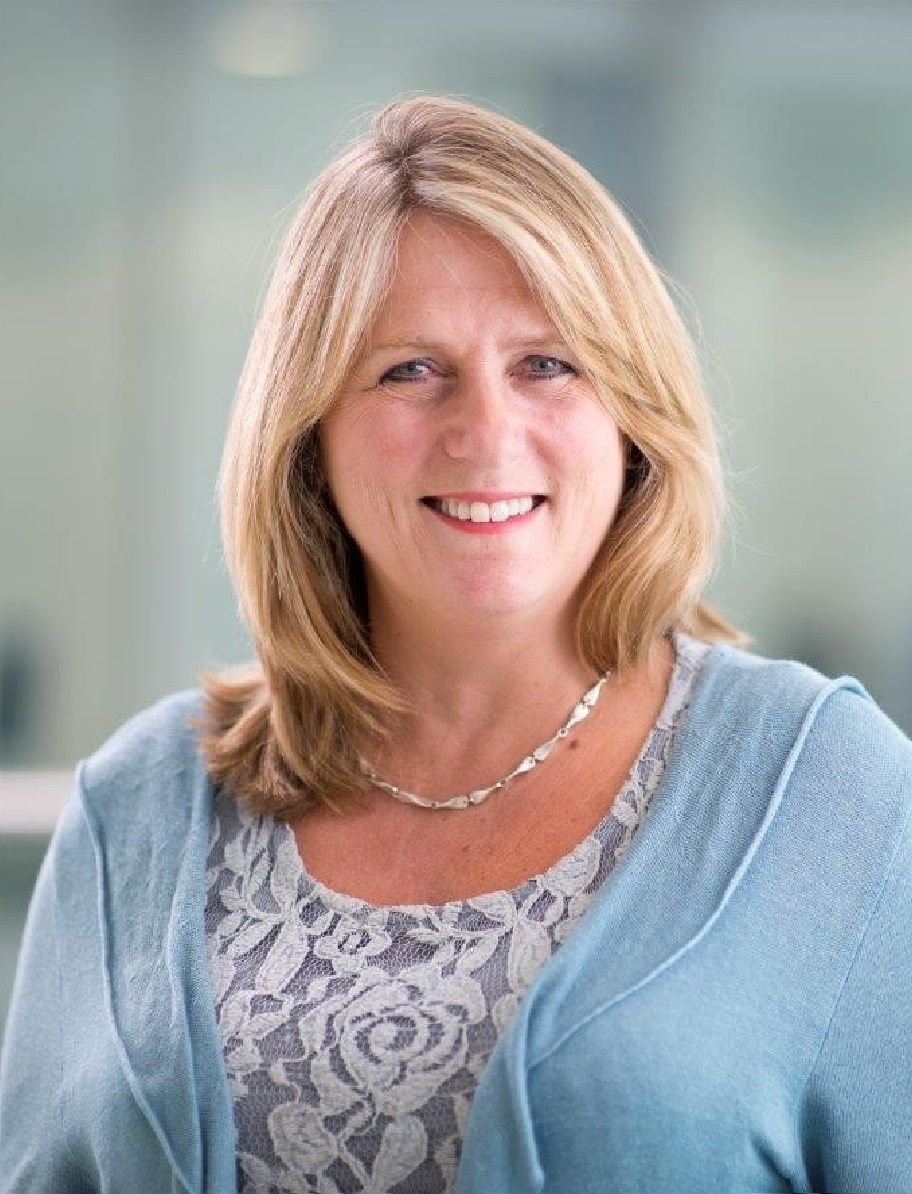 Paula Porter was appointed as an Independent Non-Executive Director to the AET Board in January 2020.

She was previously part of the Executive Leadership team of Carnival UK where she was the Chief People Officer managing the People function for ship and shore across Asia, US and Europe. She has also worked in multinational retailing companies across the infrastructure and services sectors within diverse industries such as Shipping.

Paula was previously the Divisional HR Manager at B&Q, which is part of the Kingfisher PLC where she managed all generalist aspects of HR and generated over billion sales. She also served as the HR Director at The Body Shop UK ROI, General Manager at Canadian Pacific Ltd and Divisional Personnel Manager at Marks & Spencer PLC, where she championed and implemented changes on Talent Development, Diversity and Inclusion and Learning and Development.

Paula is a FCIPD qualified senior coach with globally proven track record in Business Development and Change Management for growth. She leads the People plan by restructuring and reengineering businesses, generating high savings for organisations. She is a Certified Myers Briggs Assessor and Coach, and has also attained accreditations from both the Chartered Institute of Personnel and Development and the Institute of Directors Finance for Non-Financial Directors. 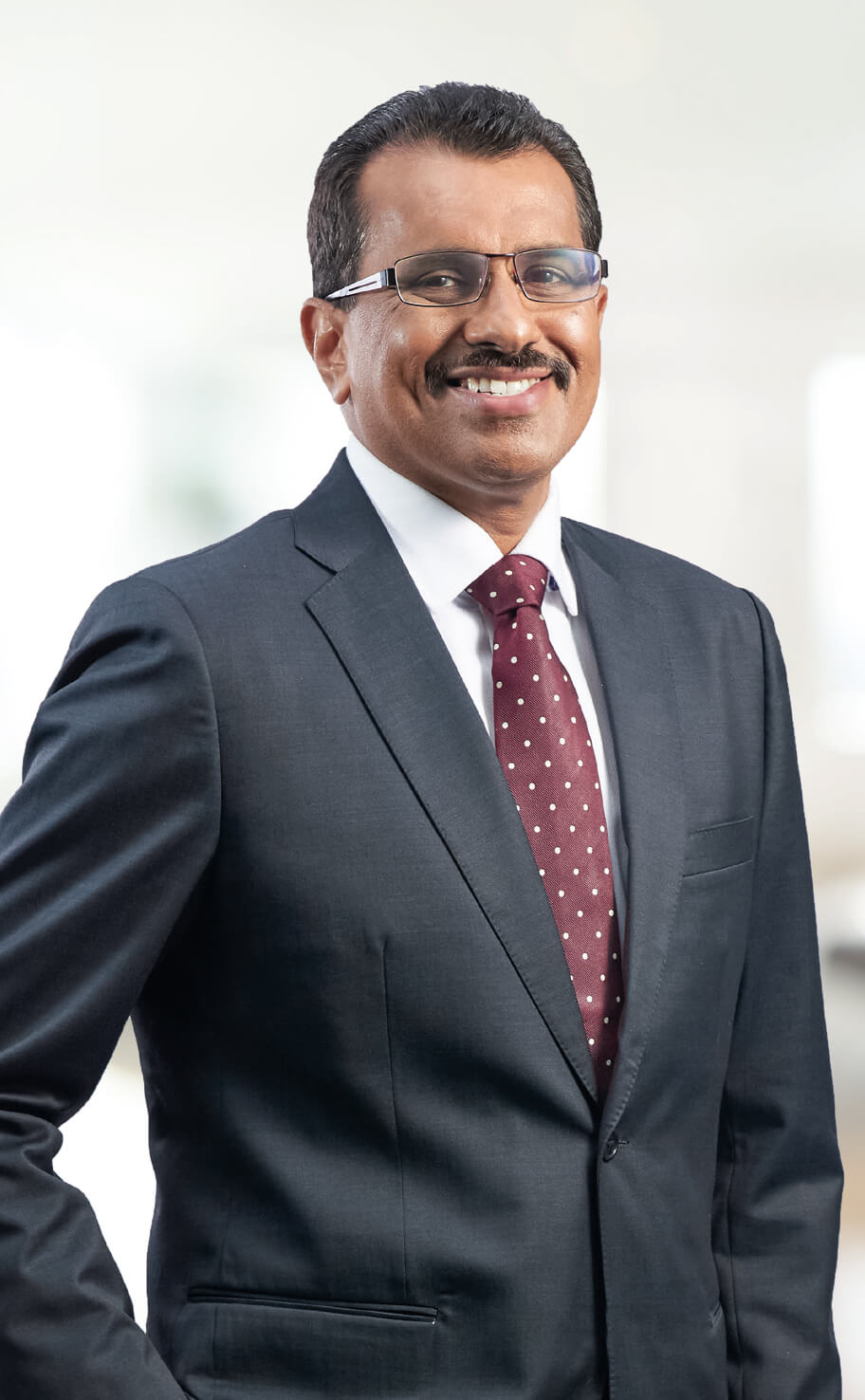 Capt. Rajalingam Subramaniam is President & CEO of AET Tankers. He was appointed to this position in January 2016, having served AET’s parent company – MISC – as Vice President of Fleet Management Services since September 2008. Prior to that, Capt. Raja has served in various management capacities within the MISC and AET Group. Capt. Raja holds a Master Certificate of Competency (Foreign Going) and an Executive Education in a Finance Programme from INSEAD Fontainebleau. He served at sea between 1983 and 1996. He also holds a Post Graduate Masters in Business Administration.

Recognised by Tanker Shipping & Trade with an Industry Leader Award in 2018. He was also awarded as the National Seafarers Icon by the Malaysian Marine Department in 2017. Capt. Raja is a council member at INTERTANKO and chairs the association’s Gas Committee. He is a Board Member of various subsidiaries and joint venture companies within the MISC Group; GARD P&I Committee Member for a number of class societies and Honorary Commander, Royal Malaysian Navy Reservist Programme. 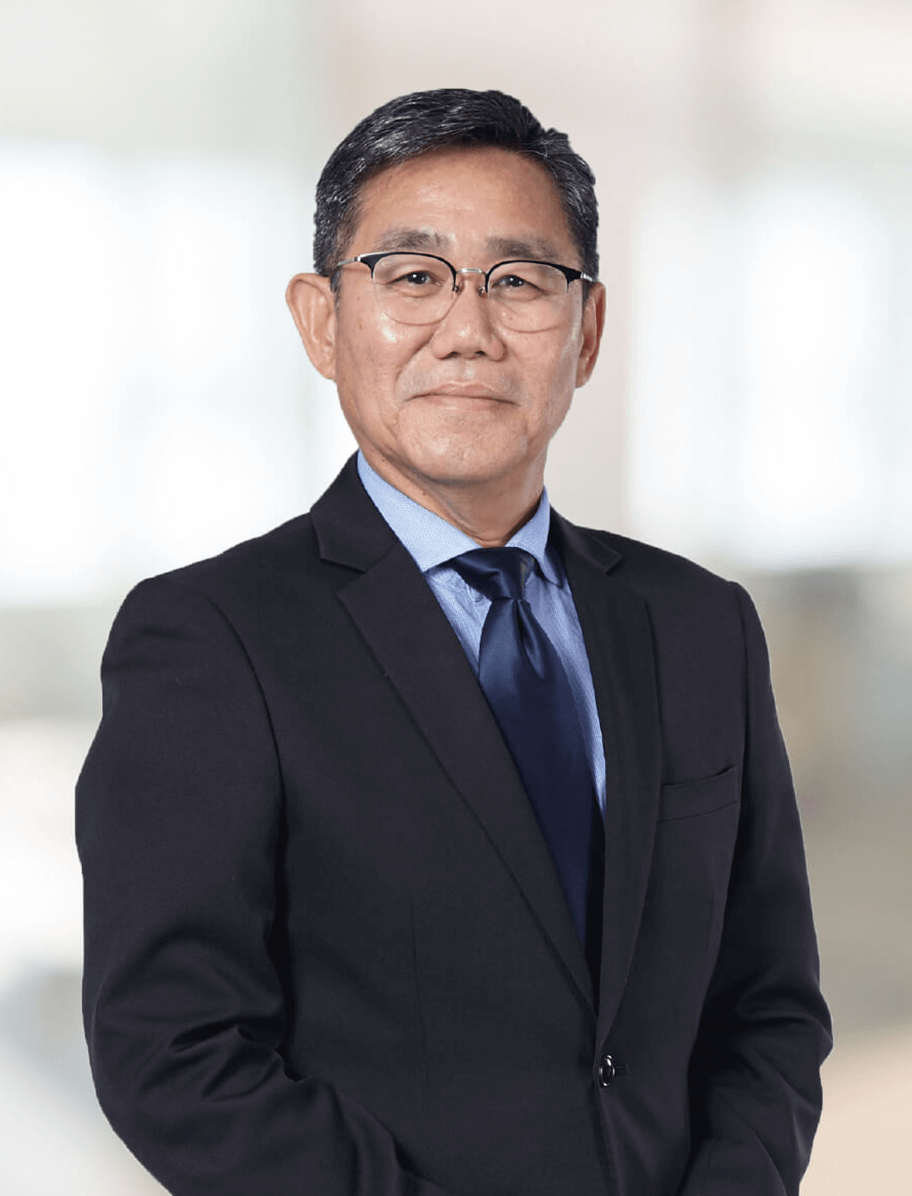 Joining AET’s Executive Leadership Team (ELT) in August 2009, Peter Liew is the Global Director of Business Development and Joint Venture Management. Peter began his career with MISC in 1984, sailing on various types of tankers, including OBO, chemical, parcel, product and crude tankers. He took up a shore assignment in 1995 as Marine Superintendent with the MISC LNG fleet. He then went on to head the chartering department of the MISC petroleum and dry bulk fleet. After MISC's acquisition of AET, Peter was seconded in 2004 to facilitate the integration of the MISC and AET crude tanker fleets. Following the completion of this merger, Peter went on to stay with AET as Vice President of Chartering. In July 2009, Peter became Regional Director of AET Americas. In April 2010, following the reorganization of AET’s business into global business sectors, Peter was appointed Commercial Director of Aframax Atlantic, and in 2013, with the consolidation of AET Crude business units, he was appointed the Global Director of Crude Shipping.

He assumed his current post as Global Director of Business Development and Joint Venture Management in January 2019. During his service with AET, Peter has led several key projects, including helping to reshape AET’s business profile from a predominantly US Gulf lightering services supplier to leading global petroleum logistics provider. A Maritime Academy of Malaysia (ALAM) graduate, Peter obtained his Master (Foreign Going) Certificate of Competency in 1994 and sits on the Board of several subsidiaries and joint-venture companies within the Group. 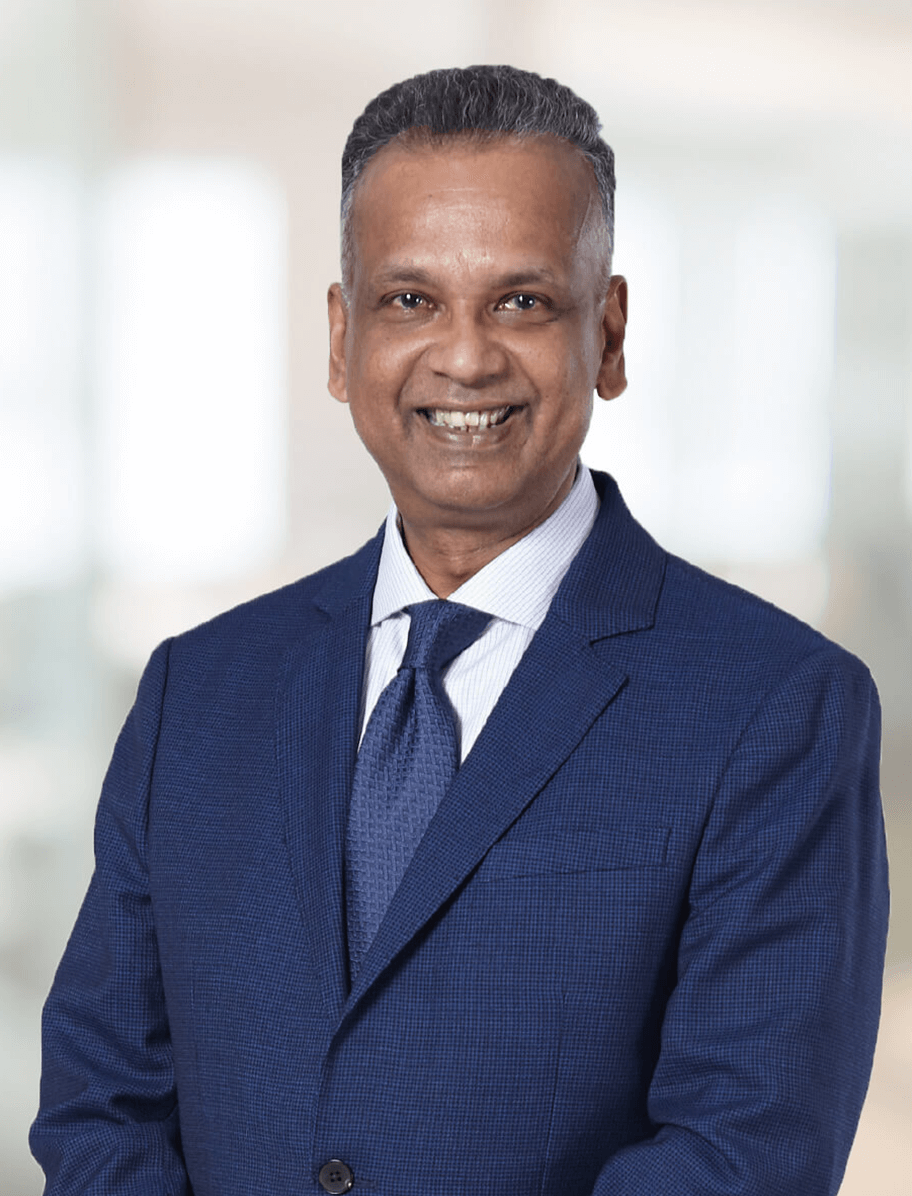 As a member of AET’s Executive Leadership Team (ELT), John Baptist assumed his current position as Global Director of VLCC & Shuttle Tankers Crude Shipping on 1 April 2018. John began his corporate career with AET as the Vice President of Insurance and Risk Management in 2003, having previously sailed with AET for more than 15 years. In 2005, John was appointed Vice President of Commercial Operations Europe and held that position until 2010 when he began overseeing commercial projects as Global Director of Asset Management and Commercial Projects. John has led several key projects throughout his service with AET.

With his leadership and guidance, the company broke into new territories, including DPST operations off Brazil and the North Sea, as well as marine well containment operations in the US Gulf. On 1 January 2016, John was appointed as the Global Director of Shipmanagement. When AET’s shipmanagement arm integrated with MISC’s Fleet Management Services to form Eaglestar in February 2017, he became its Chief Operating Officer to lend his expertise before assuming his current role with AET. John holds a Master of Law (LLM) in Legal Aspects of Marine Affairs, is a member of the Institute of Chartered Shipbrokers UK and holds a Singapore Class 1 Master Mariner license. 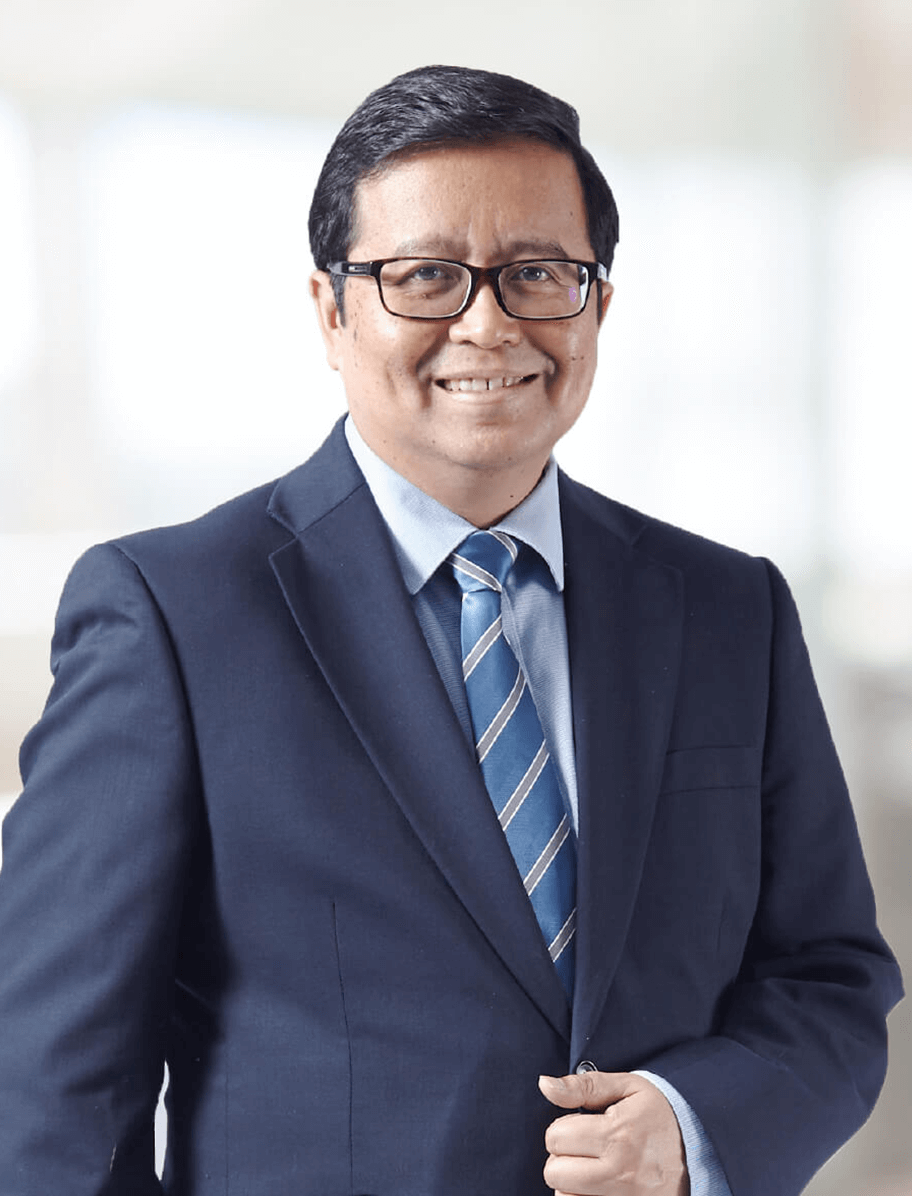 As a member of AET’s Executive Leadership Team (ELT), Johan Munir assumed his current position as Chief Financial Officer in March 2013. Johan comes to AET with a wealth of experience gained in the finance shipping and oil and gas industries, having held a variety of roles in finance, accounting, business planning and operations within the MISC / PETRONAS group of companies. Prior to joining PETRONAS in 1996, Johan worked for ‘Big Four’ accounting firm KPMG. His portfolios in PETRONAS and MISC allowed him to venture into accounting and finance for LNG, chemical and upstream overseas operations.

His last role was as Managing Director of tank terminals in Amsterdam, a joint venture between MISC and VTTI. Johan holds a Bachelor of Arts (Hons) in Accounting and Management Science from the University of Kent. He is a qualified CA from the Malaysian Institute of Certified Public Accountants. 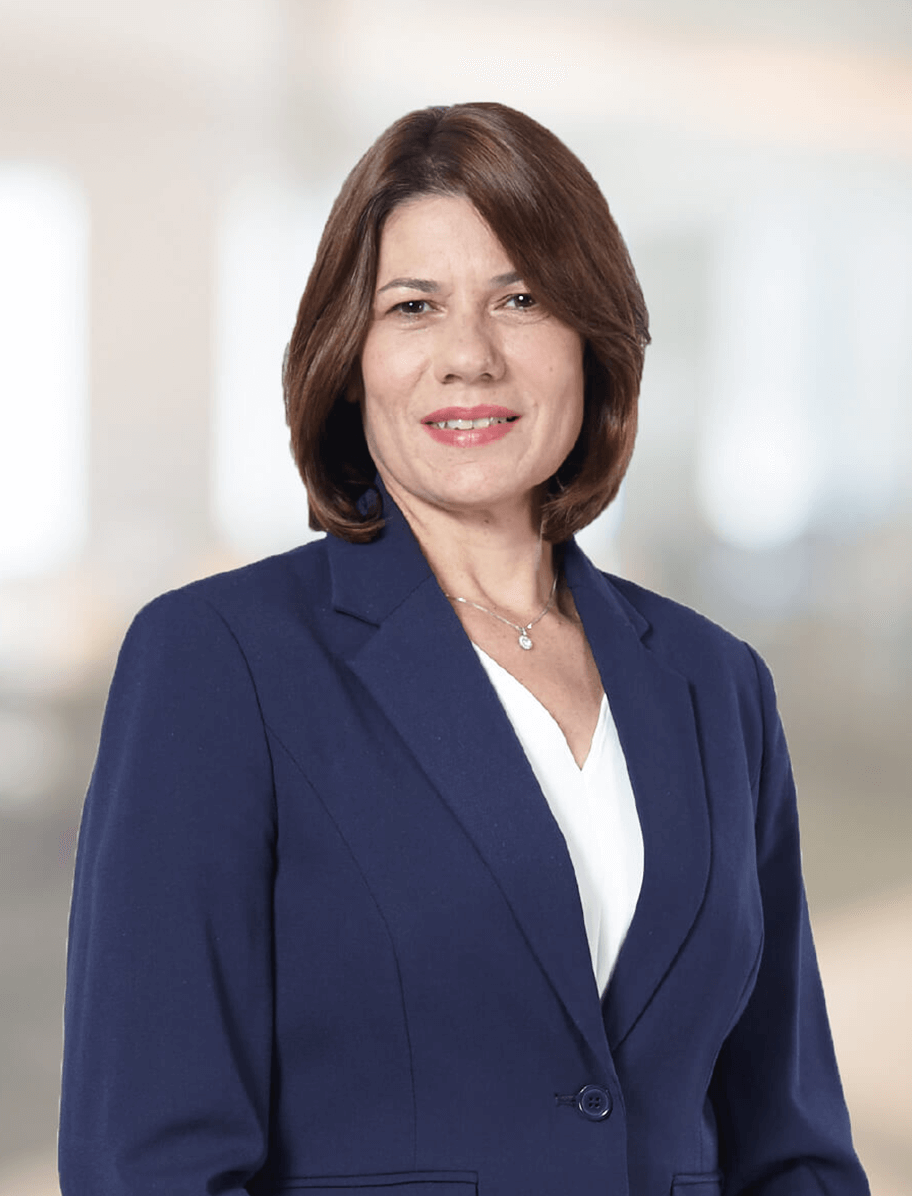 Linda Murray joined AET and its Executive Leadership Team (ELT) in May 2016. Linda comes with over 20 years of experience in human capital. She is a commercially experienced HR practitioner having held positions in blue chip multinational companies, INGO and offshore contractors with global accountability and international expertise. Linda has a track record in delivering results and building strong relationships in fast paced businesses.

Her human resource experience spans the spectrum of the corporate human capital activities, leading in areas such as diversity and inclusion, values and culture change initiatives, change management and development of HR strategies and policies. Linda has an MBA, is a Certified Organisation Development Practitioner and is a Member of the Chartered Institute of Personnel & Development (MCIPD). 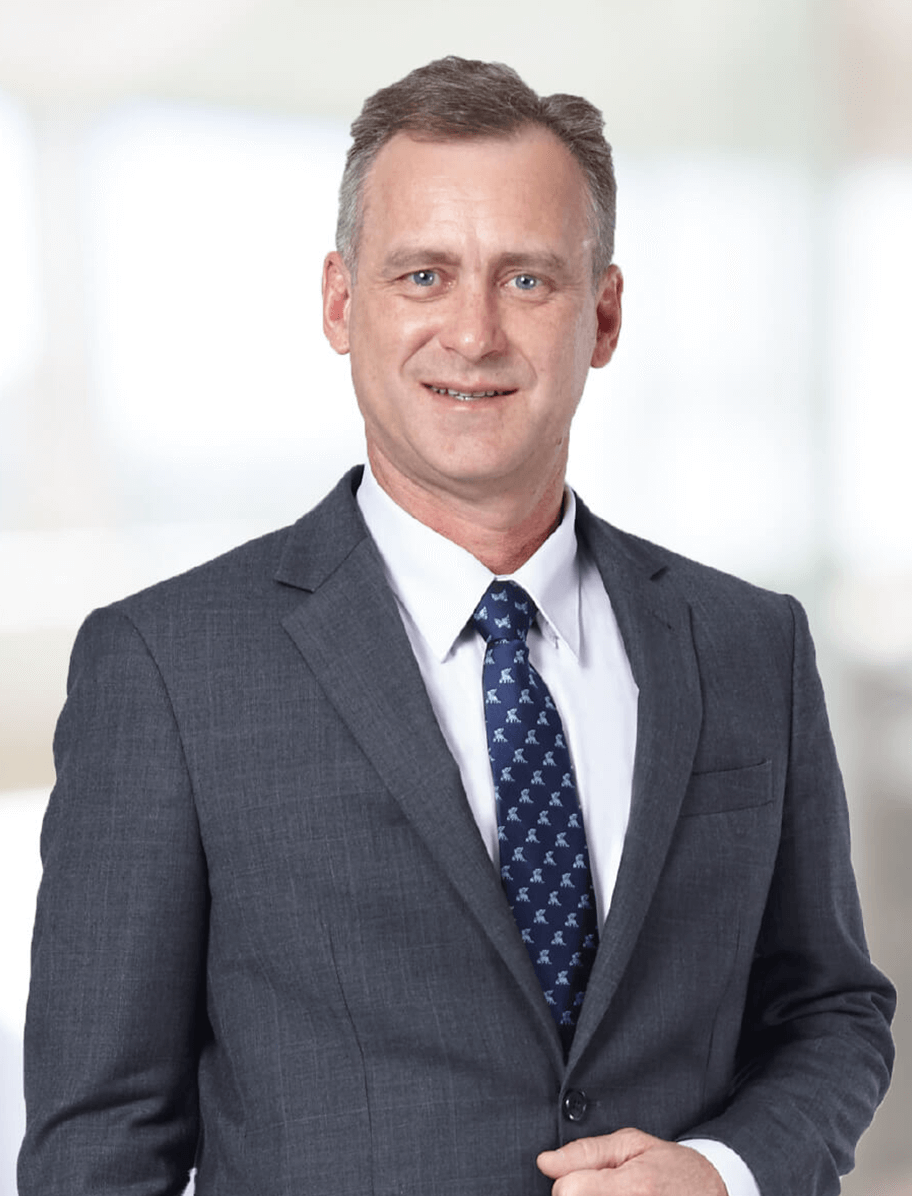 He obtained his USCG Master Mariner license in 1998. In 2001, he joined AET as a Mooring Master, overseeing ship-to-ship transfers in the US Gulf, before continuing his career ashore as Manager, USG Lightering Operations, managing and coordinating all AET lightering operations in the US Gulf. At that time, he served as co-chair for ITOL (Industry Taskforce on Offshore Lightering). Capt. Ron continues to be an active member in the marine industry. 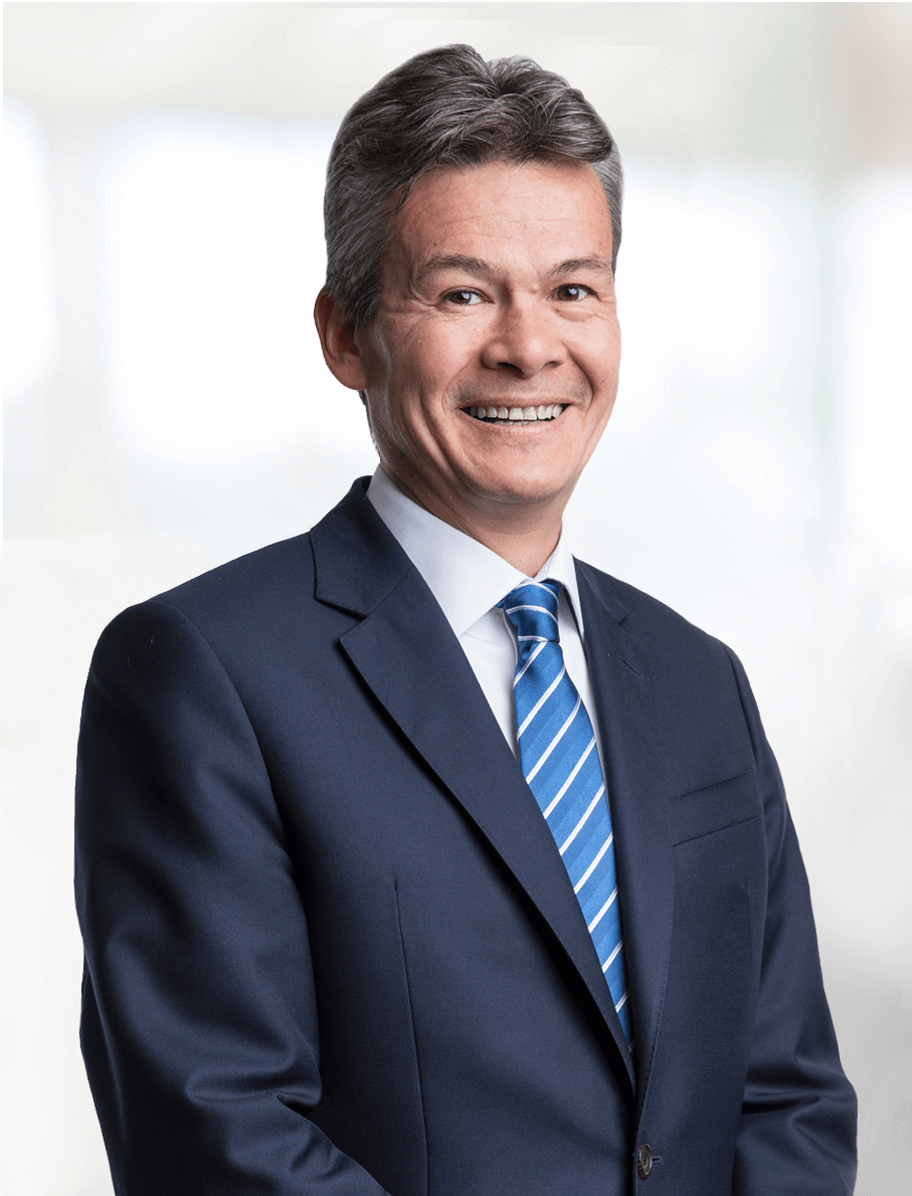 Based in AET’s London office, Ron Jago assumed his position as General Counsel and Global Director of Legal and became a member of the Executive Leadership Team (ELT), on 1 May 2019.

Ron is a specialist in Shipping, Oil & Gas (LNG) and international trade, with extensive experience in management, commercial, finance, insurance, litigation, risk, and corporate governance.  Before joining AET, Ron held the General Counsel role in a major shipping company driving through significant changes as part of the management team. He has both, in depth experience in the shipping and maritime industry as well as at leading London City law firms. In addition to Europe, Ron’s international experience spans the Middle East, Far East, South Africa and Australia. Ron qualified from the University of Wales College Cardiff with an LLB (Hons) and has over 25 years post qualification experience.

Want to know more about us?